Against all of my self-preservation instincts, I decided to do one last conference talk. Originally, I was set up to do 11 conferences, and every single Committee meeting – both C and C++ – this year. Of course, those plans have were railroaded by Sublime Mother Nature. Still, I mustered my strength over the last 32 days since I left Twitter to make one last video. Leaving Twitter was not the cause of this, it was actually the argument I got into after I left with my friends. Or… well, ex-friends now, probably. Even if they invite me back I don’t think there is a way I can mentally bring myself to go back there and participate…

But first, the conference.

It’s called “[[derpconf]] 2020”, but it’s just me, the Derp. Or well, the entire The Phantom Derpstorm (ThePhD, that’s where it comes from, not a degree in case you were still wondering. But shh, our secret!): I’m the staff, the video team, the organizer, the sound person, the speaker, and the audience. … Well, that last one isn’t true. Originally, it was raw-recorded for my friends. When I got into an argument with my friends over why its not wrong for the people who create their own spaces to get away from the bullshit of the current community,

I felt something break inside of me.

It wasn’t really their fault, but it was clear nothing I could say in the present moment was going to make a single difference in the way they thought of the problem. So I made the video instead, starting off with 3+ hours of talking about every possible thing I could think of, only to boil that down to 45 minutes, and then finally end up at the 1 hour and 8-ish minute mark with the final, released video. I had originally intended for it to be a 10 minute lightning talk… HAH! I had not even intended to release it: just something for my friends, to maybe make some amount of sense. But even then, when I came back to say something and I saw “ThePhd triggered himself out of here”, I just…

there was really nothing I could do to get through to them about this, could I?

No matter what I did. I was just another SJW, getting triggered by the ever level-headed moderates of our time. Nothing wrong with how they approach or think about the problem, nothing wrong in the way they engage a massively-scaled systemic bias. Nope, just gotta be more neutral and center about it all… there was never going to be a place for me in there, I was just prolonging an inevitability. Anyways,

you can watch the talk here by clicking on the extremely concerned sheep: 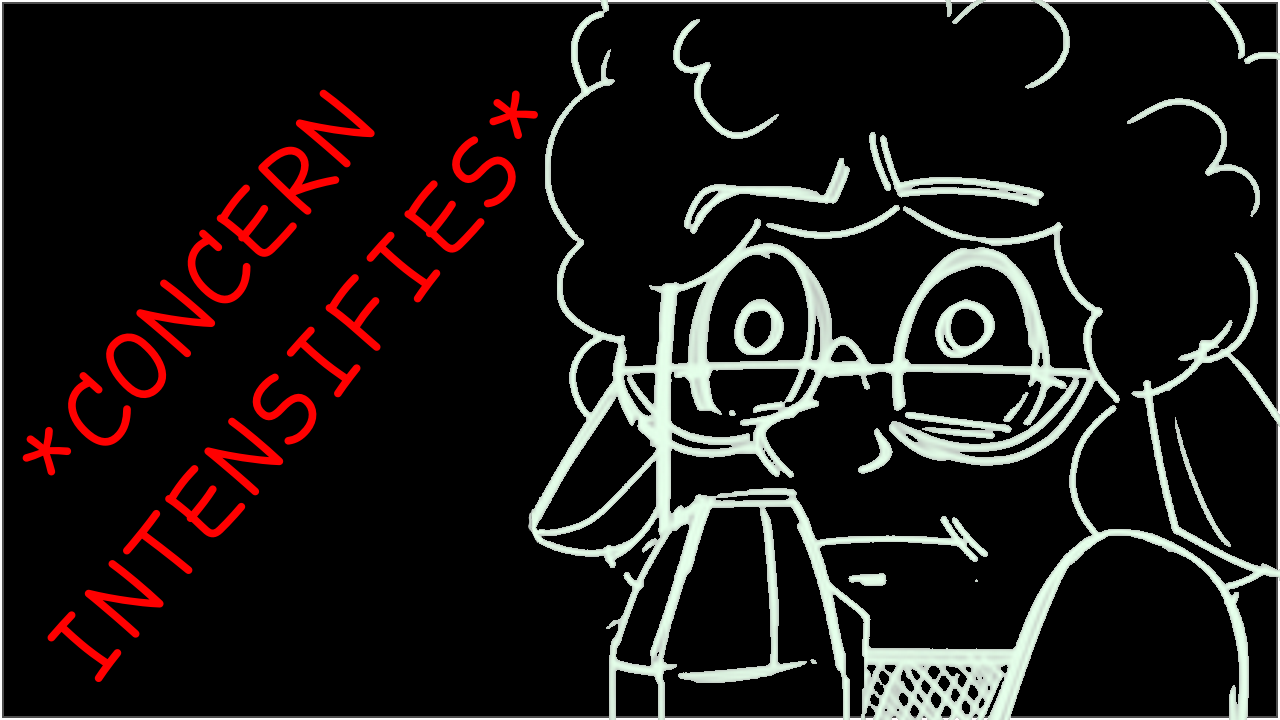 There is one point that I feel that I have not expanded upon enough, even if I hinted at it towards the end of the video. That is, the following:

Making Your Own Spaces

Is this an act of exclusion on par with U.S. Jim Crow, South Africa Apartheid, or other forms of detrimental discrimination?

My friends contended that yes, yes it was. Morally, it is a reprehensible thing to do. And that is agreeable, until you view the context and the world in which these spaces are being created. As I hinted at in the presentation, this is the state of Black role models and Black speakers in Systems Programming conferences: 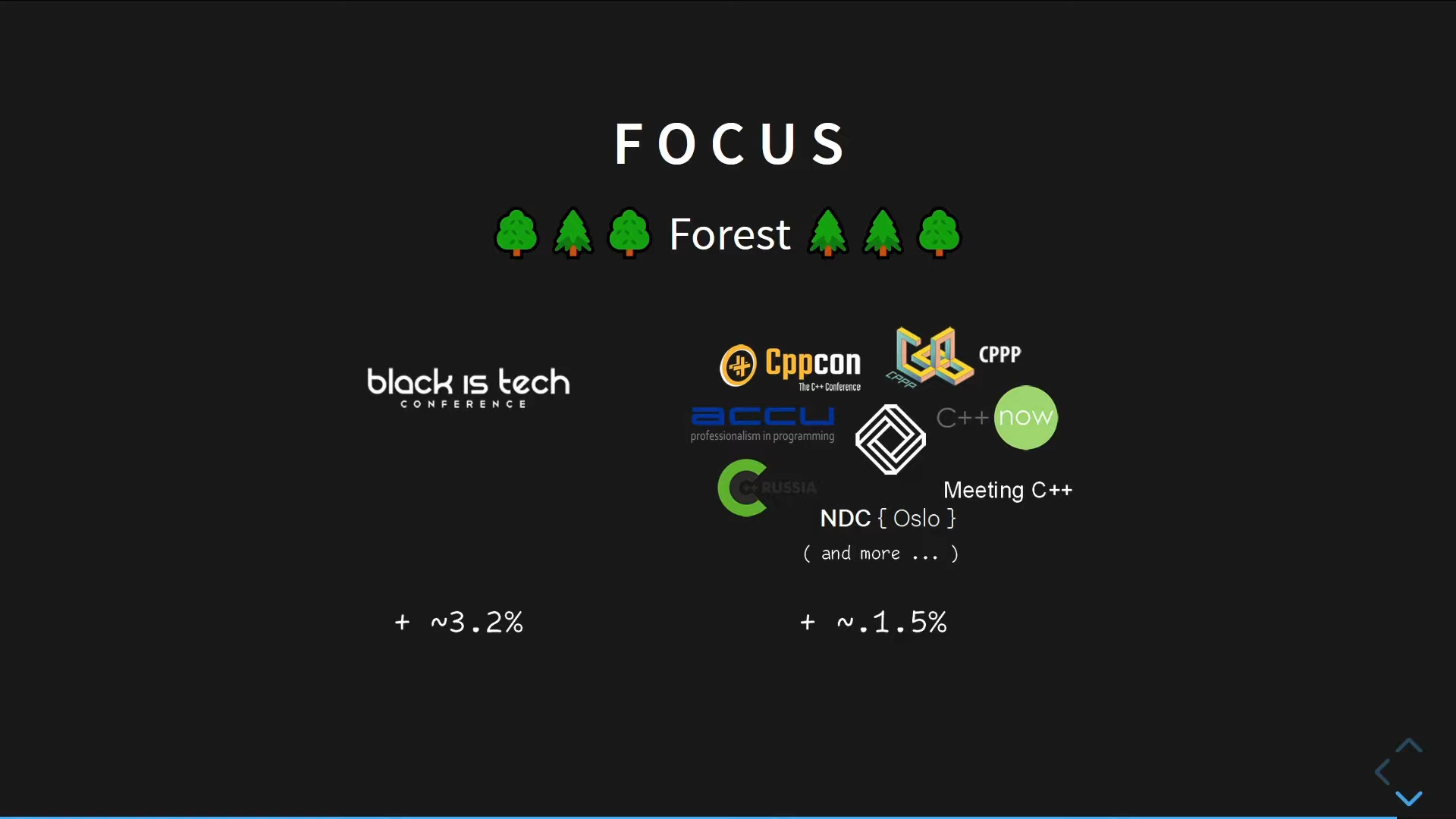 I said “Ask yourself. Why is the right hand side the way it is?” This is important: the entirety of the industry was exclusionary. All of them exhibited poor penetration and poor statistics for under-represented minorities. I focused on Black people, but in the 3+ hour version I talked about women and many other ethnicities and cultures attending these conferences. Systems Programming conferences have consistently and perpetually failed to achieve their strict equal meritocracy in 2 decades, where other conferences have managed to provide 2x improvement and growth for the under-represented groups. Imagine! 2x improvement in an order of magnitude a shorter time.

Some people are just ready to scream it out, reading this: “But they got there with exclusionary practices!!”. No: they got there by centering the people who were turned away and ignored in other places. Brian Heim no longer sending e-mails to Boost is not some happy accident, completely divorced from Boost and C++Now’s representation and behavior. And these conferences provide a critical infrastructure for under-represented minorities, without which the Systems Programming world would lose more than 3/4ths of its role models and once more bring us back to the barely-even-2% lifetime statistics of the conglomerate of Microsoft Build, RustConf, ACCU, etc. etc.

Exclusion is based on your total ability to access the space on equal merit and engage the content. Even if there were 5 Black is Tech conferences, you would still not reach an appropriately sized international representation for Black & Brown bodies world wide. The fact that Black is Tech exists does not stop poor people, white people, etc. from continuing to attending using std::cpp, CppCon, C++Now, and other places.

“Those places are toxic!” Yes. Obviously. But, to quote the C++ Standards Committee:

Knowing that our resources are scarce and our time is limited, do we want to give more time to this community?

Our resources are scarce and our time is limited.

On the other hand, being absolutely destroyed out of spaces like C++Now and more made it so there was nowhere for Black people to participate without fear. The same can be said of transgender individuals (which, thankfully, Rust does a FAR better job in accepting than any other Systems Programming community to date), and many more groups. Black is Tech prominently featuring black people does not stop C++Now and CppCon from continuing to do what they always do: literally every other conference in the world not taking Black bodies seriously and letting them be in consistent danger no matter how hard they work or how technical they are was a breach of the System Programming Community’s proudly displayed social contract.

And that’s why the argument my friends so desperately wanted to apply, does not.

Until the other conferences reach a strict equal meritocracy – as people +1 and Hallelujah about in Boost and FSF and LLVM – then the people have every right to create their own spaces to increase the total representation for the populations they are targeting (U.S., E.U., Asia, Africa, International, whatever!).

You don’t want to see these specific conferences and their speaker lineups look so lopsided, just like literally every conference you have put together in the past 20 years? Alright. Fulfill your stated mission. Create the strict equal meritocracy that does not so grotesquely violate the tenants of your own community. I’ll be happy to sing your praises,

Yes, I nuked the sol2 Discord server. Some of the quotes and things I said came right out of there. I can’t control other servers and some others are thankfully private, but people would notice if certain folk suddenly got banned. Scorched and Salted Earth was the best way to ensure that these quotes would not be used against the people in question in the future.

The goal is not a witch hunt or a dog pile. The goal is systemic improvement. Taking the piss out of a single person does nothing to address the actual immense problem of why the entire community kept trudging along like this whole setup was okay for ages.

Let’s hope I made the right decision in thinking they were nice enough people not to say or DM me that kind of shit again, and that I did not ruin some other minority’s day or week with what they’d do come the days after the days of tomorrow…